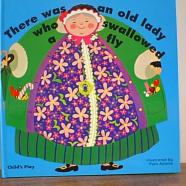 So I am writing post race right now, in fact post the 4th race of the Summer Perth Trail series. (Can’t believe it’s been that long!)

This year I have been competing in the long courses rather than with last year where I mixed it up with both short course runs and a long course runs.

I am happy to report that I have found steady improvement over my running even though it has not been without its battles along the way. Namely with the trails themselves tripping me up (literally), the joys of breaking in a new pair of trail shoes, and also the bugs.

I know an old lady who swallowed a fly, I don’t know why she followed a fly, except for the fact she was sucking air while flying down a trail too busy laughing like a giddy teenager that she choked on a massive swarm of midgies. What a winner!

That’s right folks, some people crap on about the therapeutic benefits of running and how fit it keeps them but for me right now it really is all about the downhill even with the flies!!

Perhaps I’m a little strange for finding huge amounts of pleasure in something so simple, but the rocky technical descents and smooth downhill thrills that come with the wind rushing past my ears while running a trail, simply can’t be beat. And now with my new Junior X-Talon 160 (yes they are the kids version for us fun sized folk!!) I am provided with the bite and grip I need to confidently jump and sideways slide down the gravelly hills without fear of losing my feet. Hurrah!

For any trail runners out there looking for an excellent first pair of shoes, I totally recommend the

innovate x-talons. The oversized studs on the bottom have tripped me up on more than one occasion, quite spectacularly ending with me doing a one shouldered army roll to end up on my back lying in reverse facing the sky. However this has usually always happened when naively I’ve stopped paying attention to my foot placement and so the shoes aren’t really to blame. The low profile of them does take some getting used to if you are running in thicker soled shoes. My calves took a beating the first few times I used them but it was something I was able to become conditioned to over a couple of weeks. The only other problem I have had is that because they are so light and versatile, they are relatively thin that you can feel every single rock beneath your foot. This is ok across most terrains again as long as you’re again paying attention to your lines and foot placement. Besides those things the benefits have far outweighed anything else and I love them!

Today’s race was a 14kmer out at the Wungong Regional Park in Armadale. My preparation had been ok, although I wasn’t as well rested as I had liked. I was armed with my hammer gels, caffeine included so as not to tire out before the end. I also had on the advice of an old friend DJ ‘L Wood’ downloaded some supercharged Drum and Bass tunes to keep me motivated and pumped throughout the race which seemed to work a treat.

This would be different for me, as usually I would structure my playlist with tracks of increasing beats per minute, so as not to overdo my running cadence too early and then flatline towards the end. But I was dedicated to a different approach this run and I had a top five finish in my sights.  Sorry Fleetwood Mac, you lose today.

I started off well, about middle of the pack and was winded like many other runners by the first series of hills. Walking became the appropriate option for the uphill followed by quick jogs in between. It wasn’t until the 3/4km mark that I had a lapse in concentration on a relatively flat section of trail and I tripped and ate the dirt. I couldn’t believe this would be the second time in the series now. Nevertheless there was no time to waste as I had a quick look for any nearby runners and I dusted myself and got straight back to it. No rest for the wicked.

I was able to make up all my ground during the descents. The next part of the trail was at one part super rocky and technical which is where my shoes came in handy. I believe a few rolled ankles occurred due to the terrain but this was never something that affected me. What did affect me was a constant stream of blood feeling like it was running into my shoe, and it turned out I had skinned and opened up the top of my knee more than I had thought. Eyck! It looked worse than it felt.

Next was a short brook crossing that enabled me to get my feet wet and where I was also met by a surprising amount of paparazzi. They were huddled around a narrow section of track which became congested as I neared a few other runners.

It was at this point I was able to pass a few other girls and keep pace with a man who had been running just ahead of me the whole time. The aid station came around before I knew it, but there was no stopping for me. I had the beats of ‘Aphrodite’ to keep up with now.

Just past the aid station I spotted my old friend Martin not too far ahead of me. Now although he is one of my running friends and a sensational runner, I had already decided there was no room for friendsies today, for today, for the next 20 minutes he was just another runner. My competitive spirit and need to do my best kicked in and I remembered crossing the line only 5 minutes ahead of him at the last race. I told myself I just had to get in front of him again. My watch beeped over the 10km mark and I had him set my sights.

About 500m later I was struggling. ‘Had I set hedged my bets too early? Gosh no.. stop being stupid’ I told myself. ‘Get lost in the music and just keep up the pace. There is no tanking today.’ I reinforced. ‘Grind away there will be no tanking today’ 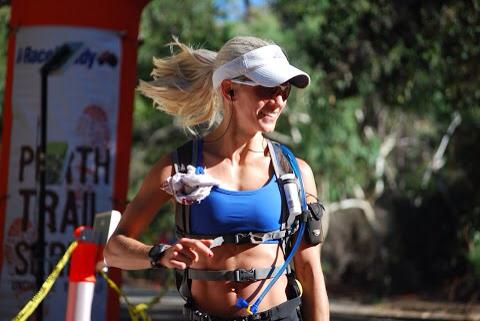 I managed to slowly make headway on Martin over the next kilometre passing a few short coursers in the meantime. Slowly but surely I was gaining ground and after chatting briefly was able to pass him. That’s when a second thought hit me: last year I had run the same course and I had remembered the end sneaking up on me, so I had finished without even a sprint finish. But that was not going to happen this time. No, I was determined I needed to pick up my pace and finish fast. So with less than 1.5kms to go I ramped it up a bit more and managed to pass a few other runners. This was it! I had run to the plan I had envisioned and I came across the finish line feeling very happy with myself.

Happy I had followed through on every promise I had made to myself, happy I had not tanked, and happy that I was; except for a bit of blood..uninjured.

Upon crossing the finish line and fluffing around with my post race nutrition I overheard lots of whispers about my bloodied knee. It turns out I am now unofficially known to other runners as ‘the one who stacked it over the finish line last race’ and so my reputation for amazing stunts on the trails proceeds me!

That’s gotta change! I’m left contemplating how on earth can I overcome that one?!

UPDATE: Well a txt message from the Race Director confirms I came in 4th place outta the females, not to shabby at all! Perhaps that podium is closer than I thought!

← Stay Puft – The tale of a ghostbusting adventure and neverending sand! A night at Lark Hill – Part 1 →