Training for the trailathlon (try saying that 3 times fast)

What on earth is a Trailathlon I can hear you ask?

It’s an interesting concoction of weekend running thought up by Ultrarunner Bernadette Benson for the last event on the Perth Trail series calendar.

It’s the ‘big mama event’ to finish up their line up for 2012 and they are calling it a Trailathlon. It consists of a weekend spent camping in the bush, with a half trail marathon in the morning, followed by a 10km night run, and a 10kmer again the very next morning. So far the longest distance in the series has been a half, so this then is the next logical step towards a full trail marathon.

This was undoubtedly going to be the biggest, most godzilla-like step towards my goal this year. *gulp*

Ultimately I would’ve loved to conquer an ultra marathon for 2012, but seeing as though I’ve only been running for 8 months I’ve decided my intial intentions might have been a little ambitious. Plus as they say it’s not about the destination but rather the journey.

So with the end of the Trailathlon Weekend looming, (October 26,27,28) I can’t help but think about what lies ahead and my training in preparation to get there. 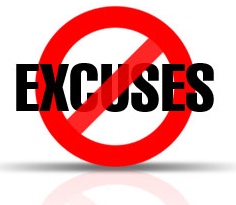 My online running coach Marie from Lazy Runner in Brisbane has been an absolute god send in keeping me on track for this event. She has had to work around a few injuries and aches and pains and like a good coach has pointed me in the right direction for treatment and also programmed accordingly. So when she doubled up one of my running days last week for only the second time ever my guts started churning with fear. Nevertheless, if I want to do this event there’s no time for excuses or fear of any kind, I told myself to trust the coach and just get on with it. Plus how else would I ever get ready for this trailathlon thingeemajig.

I stepped to it and got it done, just in time to enjoy a relaxing weekend. Or so I thought, but more about that later.

This week the running stepped up again in distance and yesterday I tackled my 17kmer. It felt good to get outside and although I hadn’t run this kind of distance since my half in June it felt suprisingly flawless and easy. How silly I was being last week, Marie is obviously a fantastic coach who now has my full confidence in getting me to where I need to be in time for Oct.

In addition I have also taken to having some strength training sessions with a local PT. What? A PT employing another PT? Why wouldn’t I just train myself I can hear you say.

Well for starters just because I’m a PT doesn’t mean I know everything about physical training. With constant research going on there’s never enough information for even the best trainer to know everything about training and anyone who tells you otherwise is largely naieve. Plus my motives were not to employ her for knowledge, but instead to have a dedicated time and borrowed mindset for strength training.

Working fulltime and funny hours means I have little time available for training and or any kind of social life, even a fitness based one. My running training is taking upto an hour and a half each time, not to mention recovery, triggerpoint, stretching, massage, as well as showering time before and also after work. On top of this I also have my own Personal Training clients to look after, the responsibility of exercising my two little gremlins of dogs and also having time at home. So strength training has been high on the priority list, but low on the motivation list. Therefore I decided to pay someone to make me commit to a time. Unfortunately I’m not much of a threat to myself, but if I know someone else is counting on me to be there, then I will do anything not to let them down. This is the same for the running coach. When I know I have to answer to someone else, there’s 99.9% chance I will not let them down.

My strength training is also going well. I’m doing a couple sessions a week working core strength, and overall body strength. I’ve been covering everything from pull ups to bridging side delt raises (killer!) and it has clearly been making me stronger. I am no longer flopping downhill with arms flailing or looking in the mirror and feeling slightly bad because I know it could be better. Instead I’m striding confidently down the hills, running stronger for longer and feeling good about strutting round the house on undies sunday.

Moral of the story: Get the right trainers and coaches behind you, do the hard work, and even if it doesn’t feel like it right away, it will eventually all come together. So keep on keepin on peeps.